While we were hiking along the PCT on Sunday, I started to think about the most dangerous thing I have seen in the seven years I have been camping and hiking with Troop 682. Let’s see if you can guess what I was thinking about. Was it: 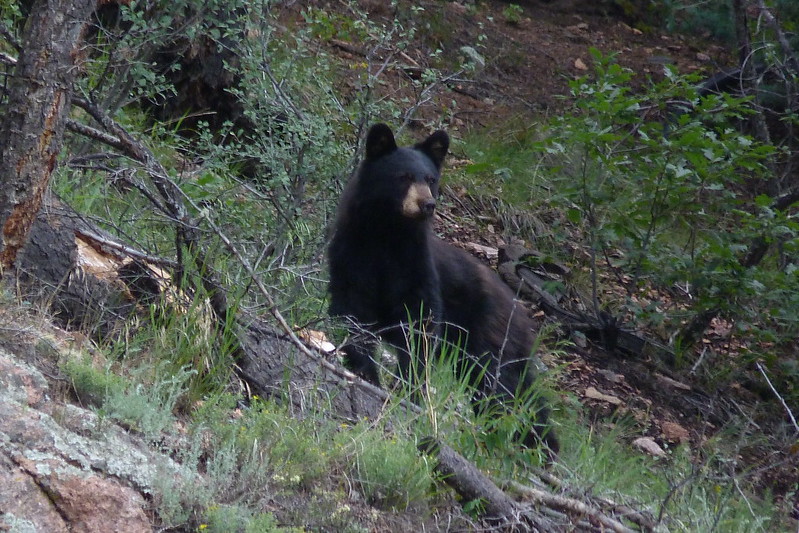 Not really dangerous as long as you don’t bring food or other “smellables” into your tent.

A scorpion? A rattlesnake? 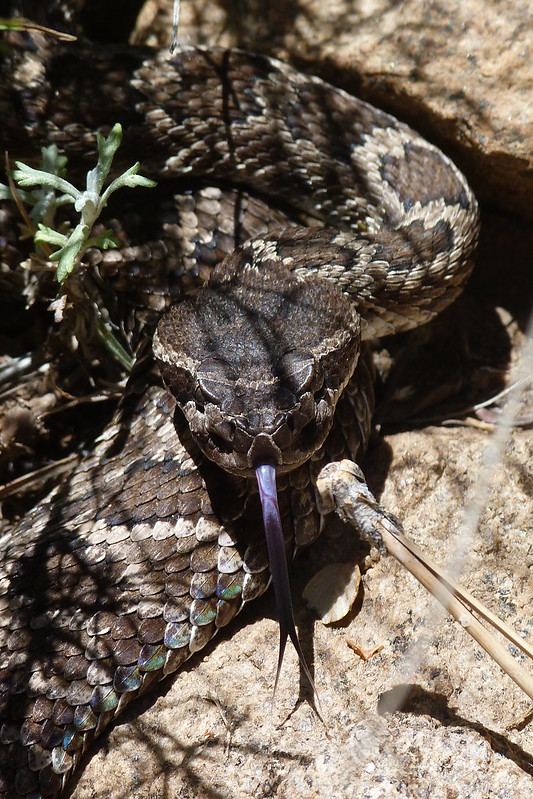 We’ve seen quite a few of both on various trips. They can be scary, but they’re usually pretty easy to avoid. So no, not the most dangerous. 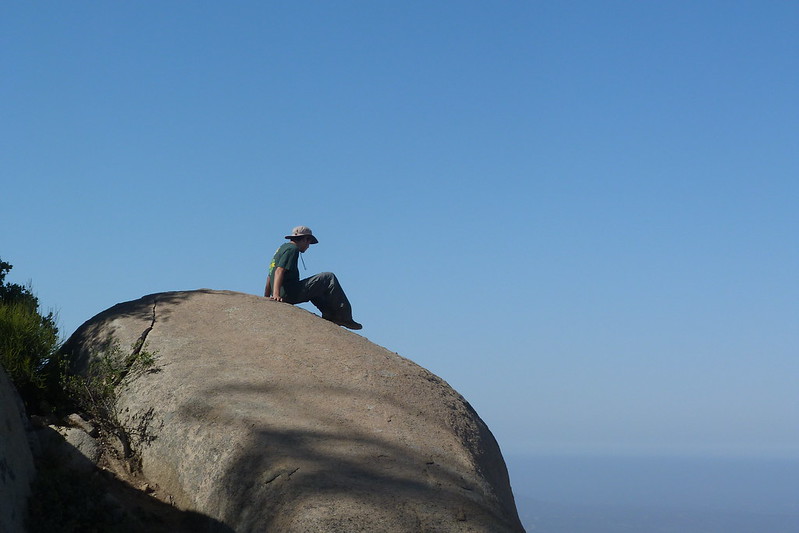 Yes, it’s a long way down, and he’ll get a lecture from me once he’s safely back on earth, but again, no, not the most dangerous.

A violent windstorm? Sand in the eyes, tents about to blow away with a small Scout inside? 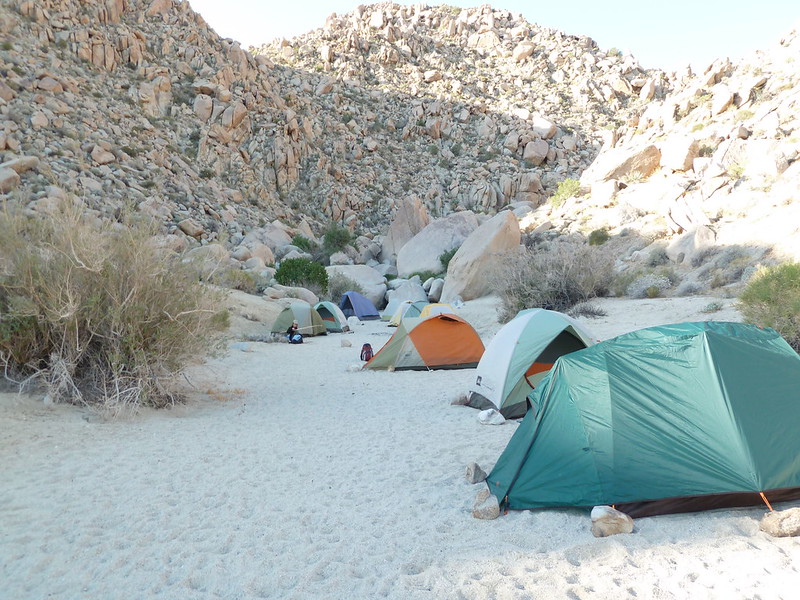 We have actually seen it. (See the rocks holding down the tents? They didn’t work.) But it’s not the most dangerous. 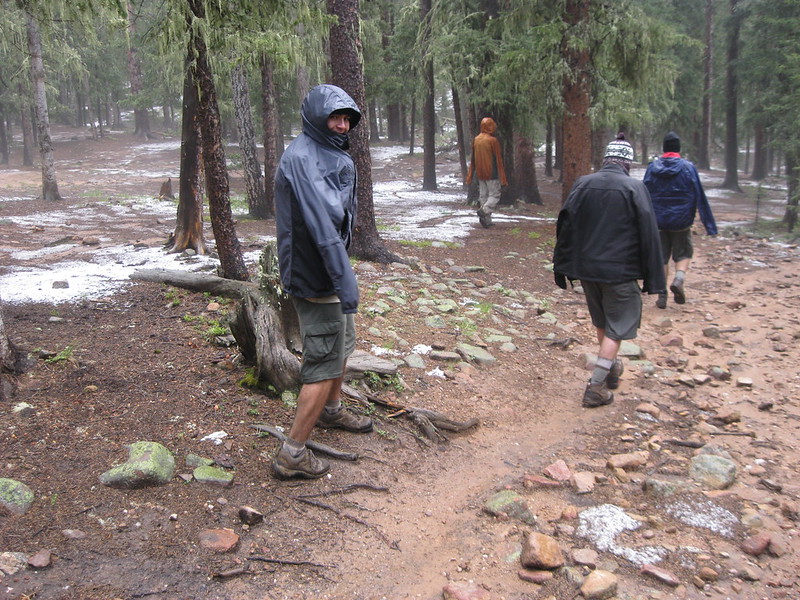 Hypothermia is scary if you’re not prepared, but that’s not the most dangerous thing I’ve seen either.

In 2012 at Philmont we experienced two thunderstorms with lightning striking very, very close. We spread out and crouched in lightning position for 40 minutes each time. It was very scary. But even that wasn’t the most dangerous thing I’ve seen with the Troop.

Give up yet? The most dangerous thing I’ve seen with the Troop is an empty water bottle. 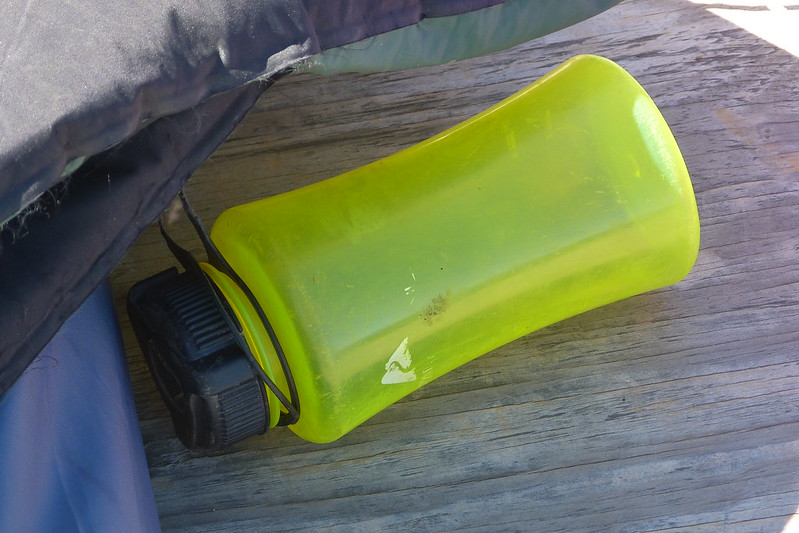 An empty water bottle means someone didn’t bring enough water, and dehydration can be a killer, even when it’s cool or we’re not in the desert.

How, you might ask, is dehydration more dangerous than lightning? At Philmont, lightning strikes do happen every couple of years. In fact, while teaching us how to be lightning safe, our Philmont Ranger told us that in the previous ten years, five Scouts and Scouters had been struck by lightning. They all survived, and they all finished their Philmont trips, after spending one night in the hospital.  Later in the trip, I met another adult Advisor. He was upset, because one of his Scouts had to be carried off the Tooth of Time, spent two nights in the hospital, and then had to go home. But he wasn’t struck by lightning — he let himself get dehydrated. Dehydration is more dangerous than lightning.

Suggestions from the Old Goats:

By the way, all of these pictures except the lightning strike are from the Troop Flickr site – we actually experienced all of these! Clicking on a picture will take you to that trip on Flickr. 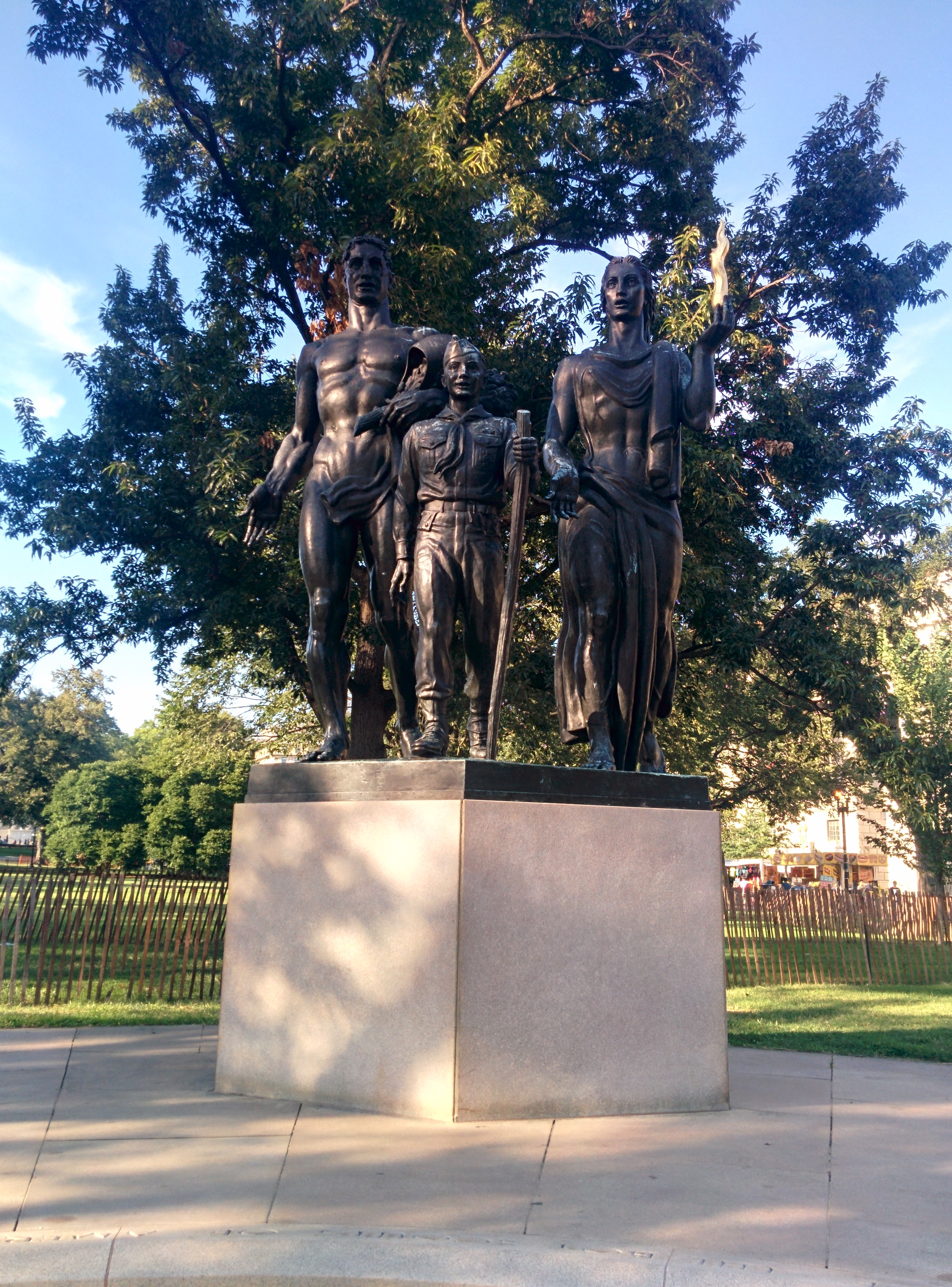 A Scoutmaster note from Washington DC 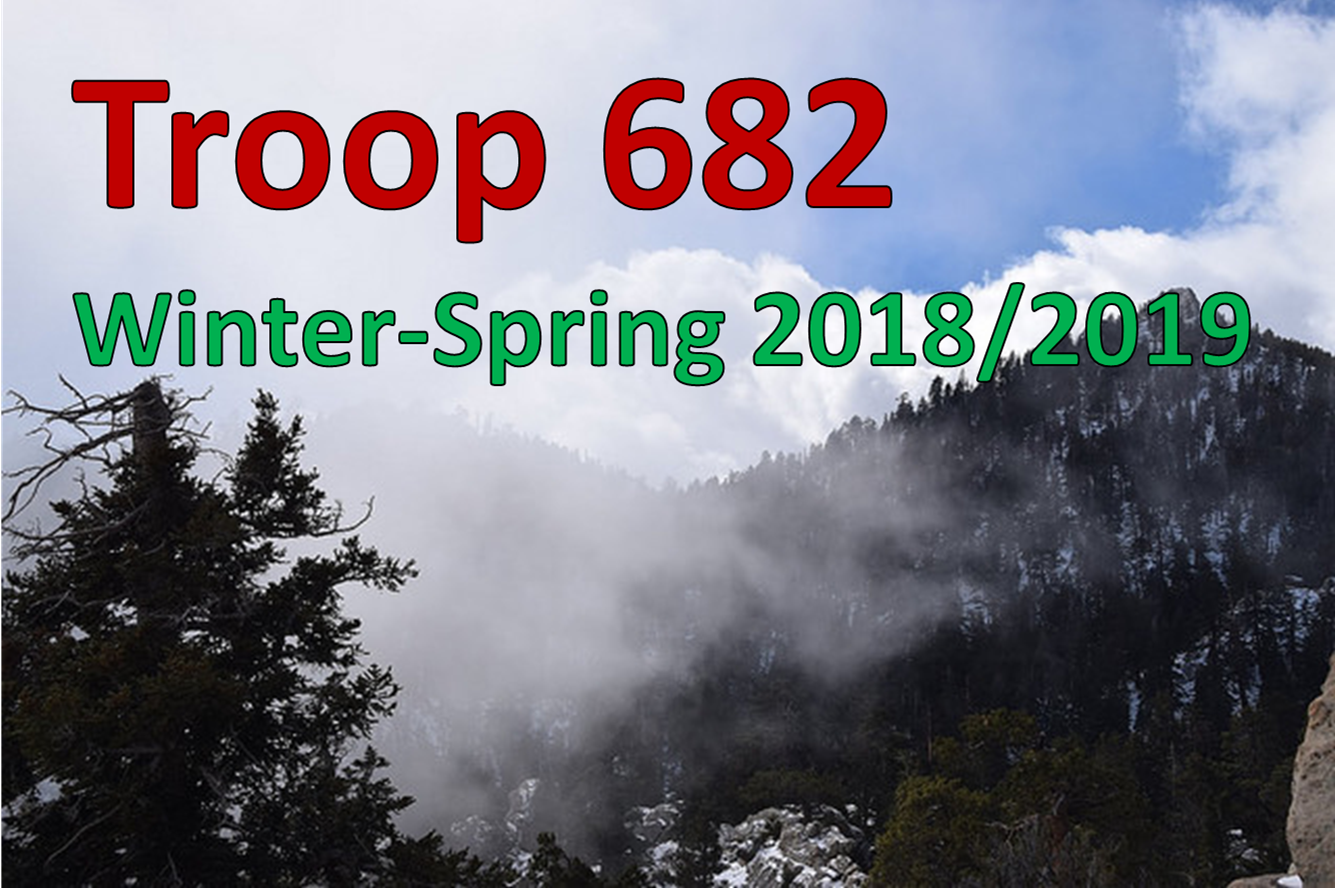 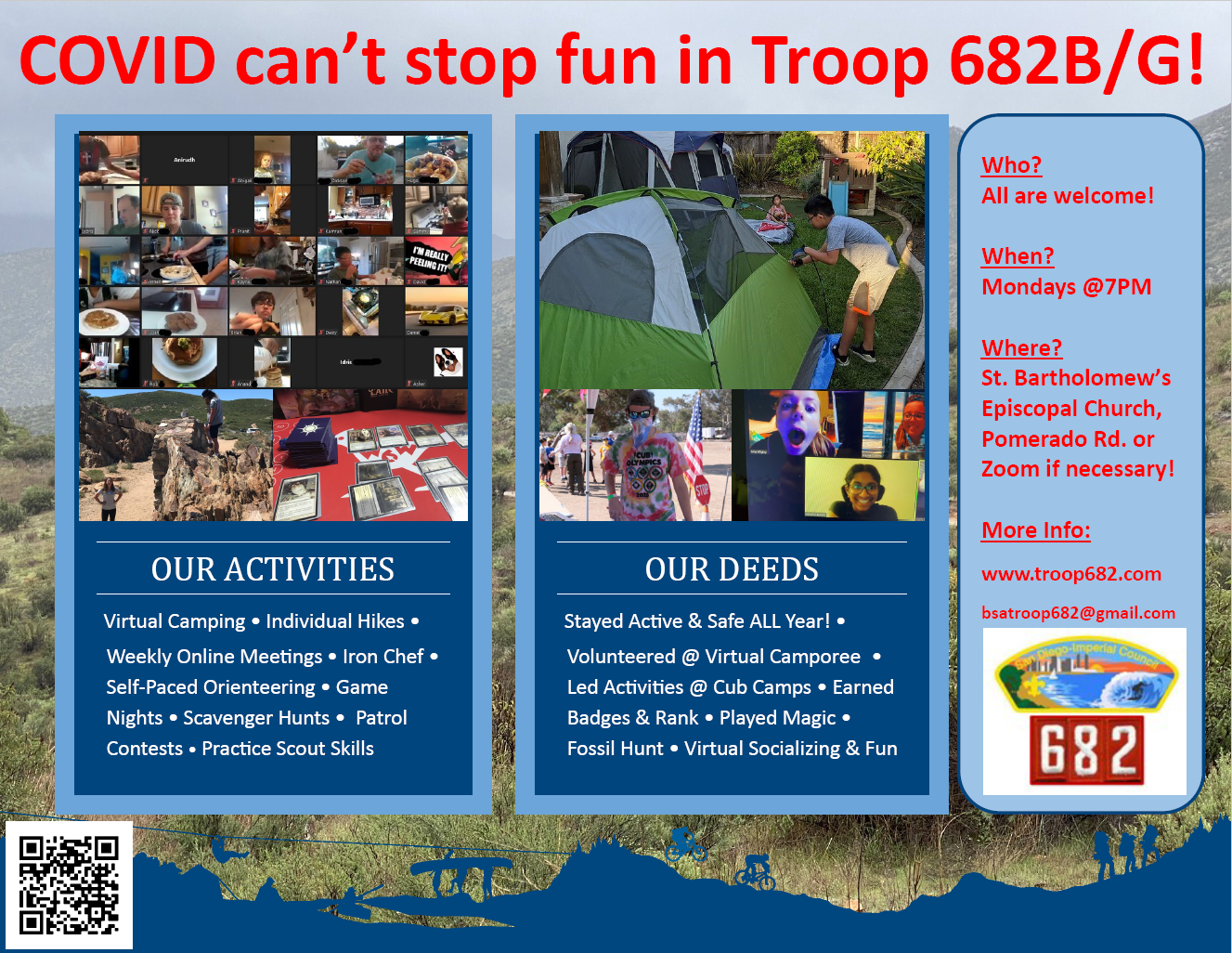