The Troop is led by the Senior Patrol Leader, elected by all Scouts in the Troop. The Troop is then divided into patrols, of which there are currently four. Each patrol is made up of 8-12 Scouts led by a Patrol Leader, with as many age groups as possible represented. 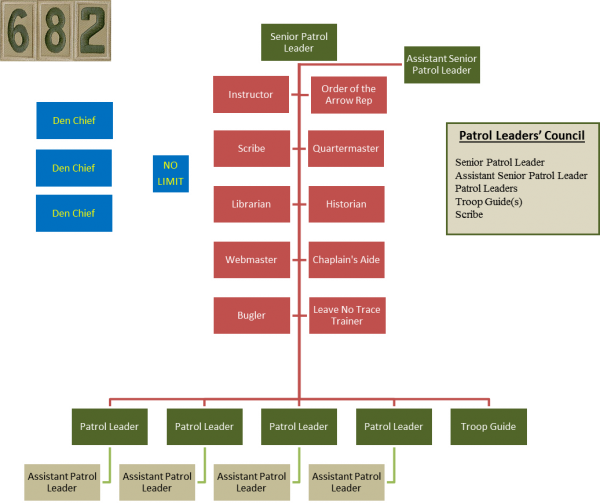 Patrols develop an individual identity, with a special Patrol patch, flag, and yell. Patrols sit and work together at Troop meetings, and camp/eat together during camp-outs. Patrols may also have Patrol meetings separate from Troop meetings.