It disappoints me to report that over the weekend of January 2-3, someone broke into the trailer and stole some of the troop’s equipment. Mr Collins and I went through the trailer and determined that at least the propane tanks, the turkey fryer and gas campfire, the water jugs, the toolbox, several tents, and the axe were all missing. We called the Sheriff’s department, and they sent a deputy to take a report.

The good news is that the Sheriff’s department was able to recover some of our things as a result of a separate investigation.

We will wait another week or two before beginning to replace the missing items, in case more of them are recovered. Meanwhile, we have made a temporary but solid repair to the trailer and moved it to a more visible parking spot, and replaced the hitch lock.

Update on January 15, 2021: This isn’t the best reason to be in the news, but the theft from the trailer was in this week’s Poway News-Chieftain. 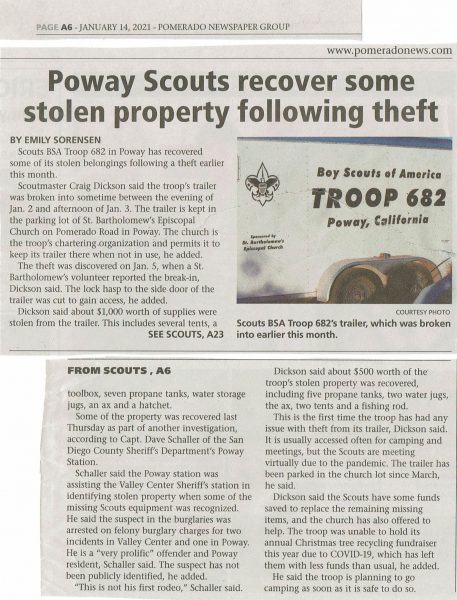 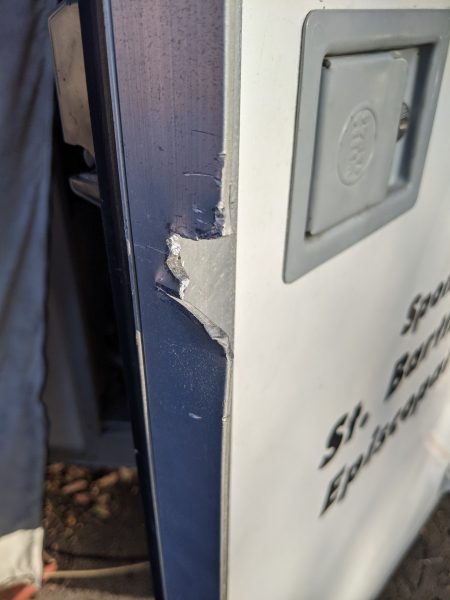 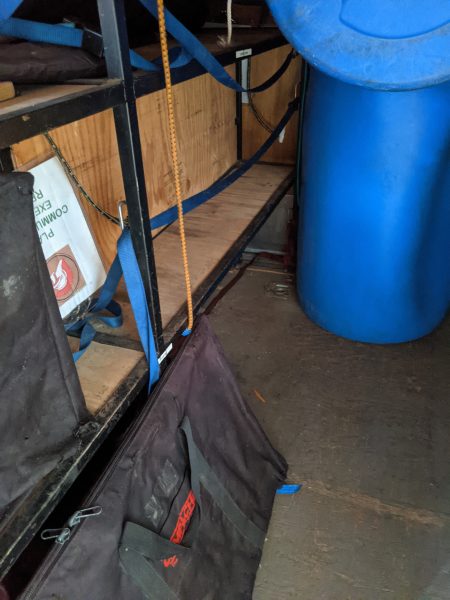 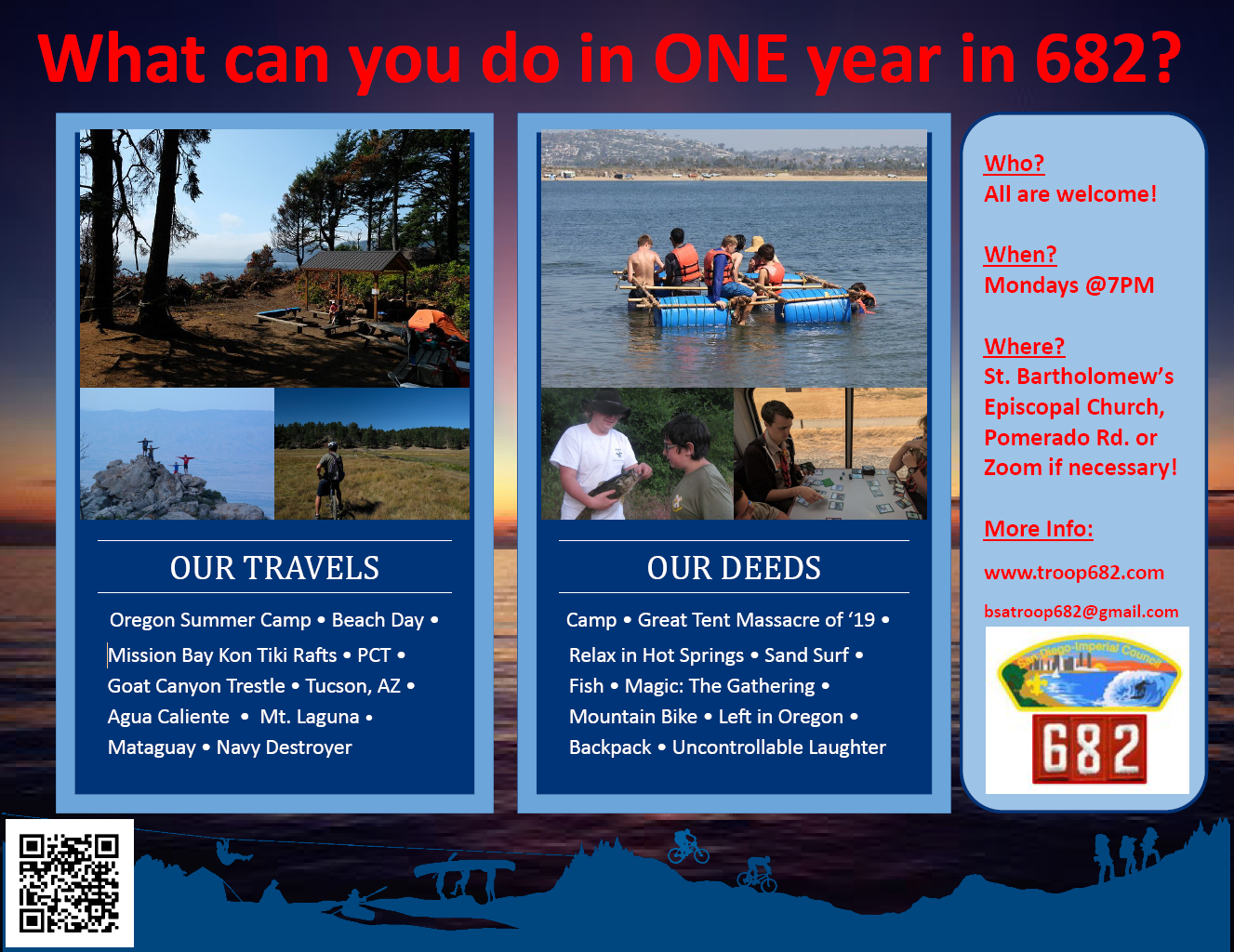 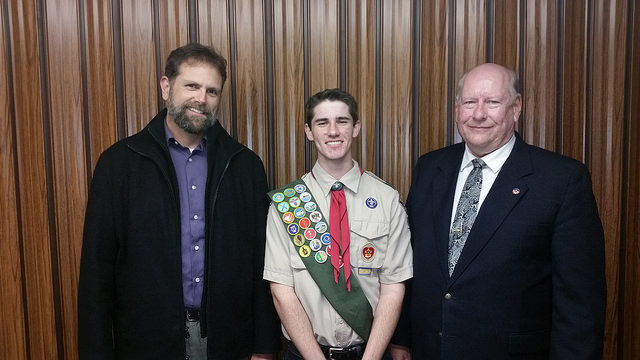 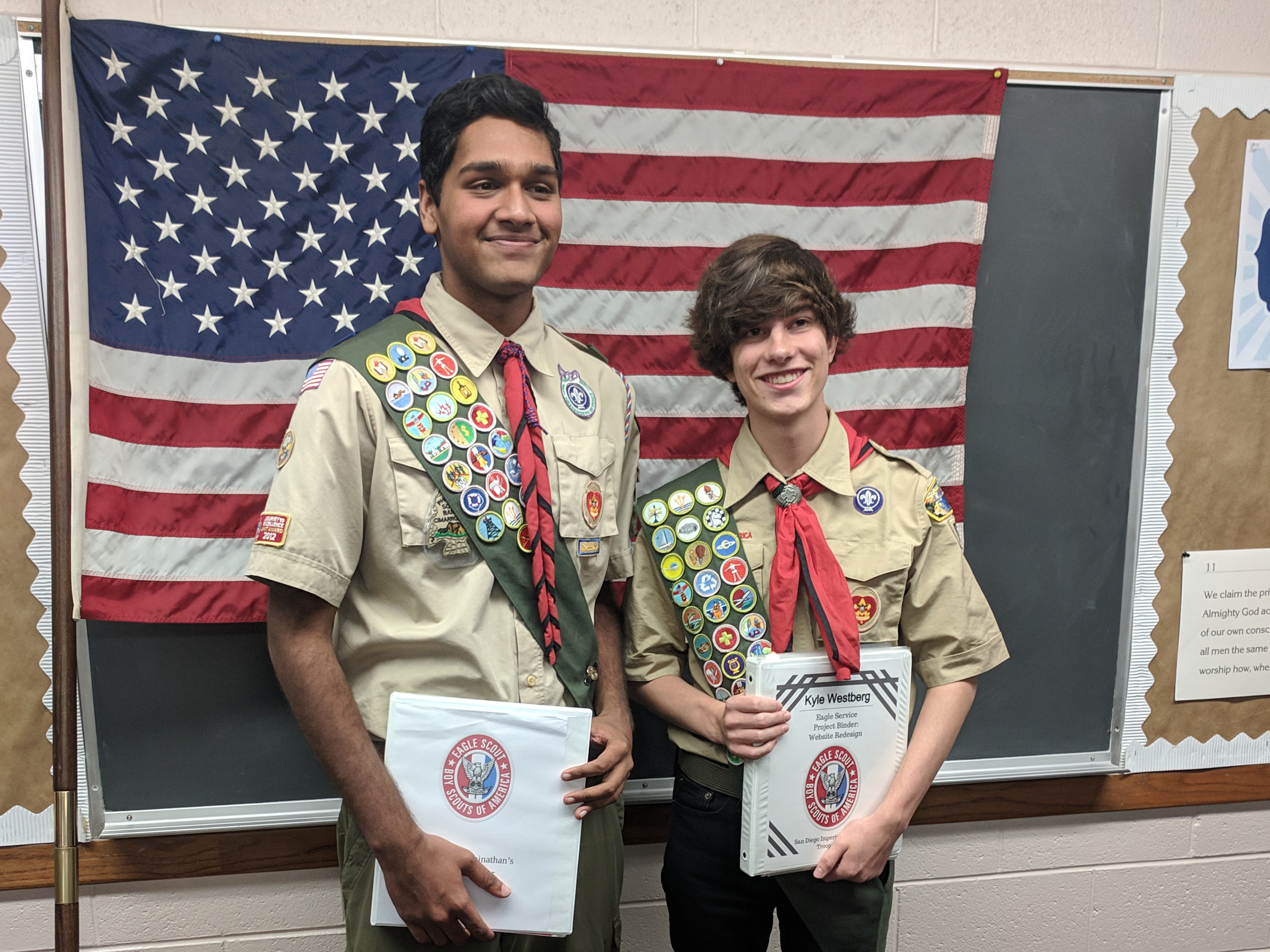 Congratulations to Gokul and Kyle, our newest Eagle Scouts