Thanks for a great (and impressive) week of summer camp 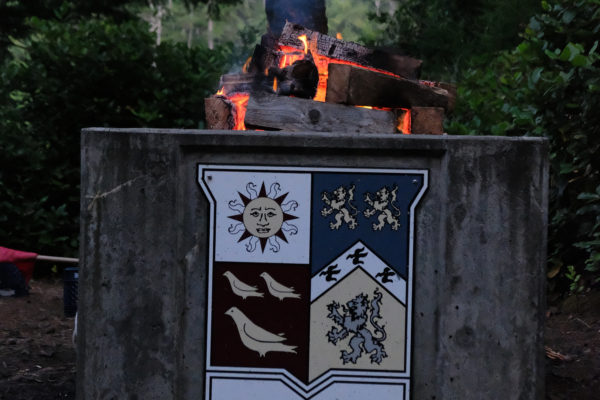 We’re back from Oregon, and 682 had a great week at Camp Meriwether. 28 boys and 2 girls went to camp … though only 27 boys and one girl came back (more on that later).

Parents: first let me say that this was the easiest week of summer camp I have led. All of your Scouts did a great job following the Scout Law all week and I had no major issues. I got compliments on their attitude and behavior from several camp counselors, from the Scoutmaster of the troop we shared Lookout campsite with, and from the bus driver. Scouts, you should be proud of yourselves because that definitely does not happen every time, even when I think you’ve been good.

But not only did you follow the Law, you had fun and took advantage of **everything** camp had to offer.

Finally I have to thank the ASMs who came with us on this trip. Mr Barger, Mr. Collins, Mr. Liu, Ms Manju, Mr Salazar, Mr. Semelroth, Mrs. Stephens and Mr. Wallace all took a week off from work to come, and their help made the trip run incredibly smoothly. Thank you all for your time, for your attitude and patience with the Scouts, and for jumping in to help wherever the troop needed it.  And a very special thanks to Mr Swami Balasubramanian who made all of the reservations – for camp, for the flights, and for the bus — even though he and his Scouts were unable to attend this year. Thank you for going above abd beyond to make this trip work.

Oh, and about the two Scouts who didn’t come home. Nick and Kayne were both asked to stay for an extra week as part of the waterfront staff. It is not at all common to have a camp be impressed enough to ask one Scout to stay, let alone two — plus they asked Damian and Ethan to apply for next year. That is a great reflection on our older Scouts, but also on the whole troop. Great job, all of you.